I have been studying the uranium market for some time now and I think it´s time to get on board. It is one of the few opportunities one has in life where the risk-return relationship is quite enticing.

My base case incorporates prices above USD40/lb in the next 6-18 months, a whopping 100% above from where it is now. My expectation, although apparently high, is not outlandish at all. All producers, I mean, all of them, without any exception, are losing money mining uranium at these prices. It is just not sustainable. In the longer term, prices will have to go up above USD60/lb to attract new producers into the market (estimates from Cameco).

Because prices have gone down and stayed down for so many years (see chart below), mining activity has been curtailed, whilst the demand has been increasing steadily. 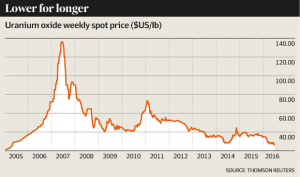 Uranium prices were impacted after the Fukushima event. Japan, one of the biggest consumers of uranium, shut down his market almost overnight. Because of the importance of uranium and the large quantities of inventory, Japan not only stopped importing uranium but, as some people speculate, also became a seller of the metal. This, on top of the disarmament program, added an enormous supply of the metal, contributing to the falling price.

The disarmament program is an important issue. It added supply to a thin market and we need to understand it better. Since the end of the Cold War, circa 85% of the nuclear weapons have been disarmed. The remaining 15% will be reduced by 30% in the next 10 years, i.e., the total reduction should be around 5% only. Therefore, the biggest impact of the disarmament program in the uranium prices has already happened and one should not expect it to be material from now on.

As they say, the cure for low prices is lower prices. So, the falling uranium prices contributed for the lack of investments in new mines in the past few years and this, in turn, will prove to be a windfall for investors in the future.

Long-term supply contracts should expire soon. Utilities normally sign contracts at the peak of the market and this means in 2006-07 and 2010-11. So, many contracts are going to expire this year and the majority of the utility companies (nuclear reactors) will be out of a long-term contract in the beginning of 2020. According to Swill Resource Capital, the unmet demand will be just less than one billion pounds of U3O8 in the coming 10 years, or about 7 times this year´s expected production. Besides, 70% of the expected reactor demands are not contractually secured until 2025. This should put a tremendous pressure on prices, especially with a thinly traded market like uranium.

I believe 2017 was the turning point in the sector. After years of low prices (and getting lower), cuts in production from Cameco and Kazatomprom, the two biggest producers, reduced the supply and (most likely) marked the bottom of the market. Together, these cuts removed circa 22million pounds of uranium from the market and signalized to the utility companies that, unless a higher price is achieved, the uranium will be better staying in the ground.

I cannot stress enough the importance of this move. It could be expected that Cameco, a responsible producer, would take steps like this. As the supply of the commodity is limited, they should be able to mine it only when the price is interesting to them.

But the Kazaks thought differently – at least until last year. The mentality of “whatever loss we have in price we make up in volume” seems to be over in Kazakhstan, the world´s biggest producer. Besides, Kazatomprom aims to IPO itself in 2018 and lower uranium prices are not going to be good to the stock.

Uranium delivers a clean energy, vital to the development of many countries, where the pollution has achieved extremely high levels. Any country that claims to have a clean energy policy will have to have nuclear power in its portfolio.

Today there are more reactors in operation and under construction in the world (566) than in March 2011, pre-Fukushima. It´s a growing industry and the scenario is quite compelling, especially in the US (biggest market) and China (biggest growth story). 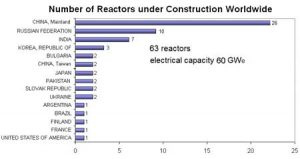 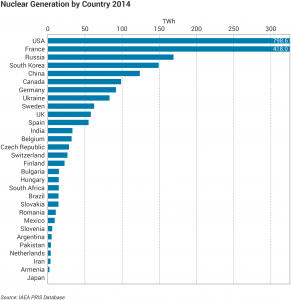 The Situation in the USA

Rick Perry, former governor of Texas and current Energy Secretary of the US is very fond of nuclear energy. He knows that 20% of the US energy comes from nuclear power and he, together with president Trump, wants to secure uranium supply to the US. This lack of internal production of uranium could be a threat, if one thinks about the mining industry. Most of the uranium imported into the US comes from not-so-reliable countries, like Russia, Kazakhstan and Africa. Countries that are friendly to the US are Canada and Australia.

To put this into perspective, the US mines today the same amount it mined in 1949! There are way less workers in the sector today than what it had 10 years ago, and nobody is paying attention. The US consumes around 50million pounds of uranium per year and less than 2% of this comes from mines in the US.

It is becoming increasingly more difficult to get the licenses and approvals to mine uranium in the US, and a proper project could take up to 10 years to come out of paper and into realisation – not to mention that, obviously, would need a much higher price to be incentivised. This is something that needs to be addressed by the new administration, which, as said before, is fond of the nuclear energy.

My biggest doubt about the uranium story was actually why the utilities were not buying it and securing long term contracts at these levels. Really, why wouldn´t they? And the two answers I got were that the uranium prices are irrelevant to the utility companies. At maximum, the uranium cost to operate a facility corresponds to less than 5% of the yearly operating costs. Normally it represents around 2%. Hence, if the price doubles of trebles, the impact on their profitability is irrelevant. The important thing is to get access to reliable companies who can deliver the uranium when needed.

The second thing is that the utility companies have been dealing with a falling uranium price for many years and they got accustomed to it. I believe they are not buying yet waiting to see if these cuts from Kazatomprom and Cameco are for real. And because every year that they wait to contract they get better prices, they still think that that is the case now.

Hi, i have just listened to the interview on RV with Lynn Alden. I also strongly believe that the time for a Uranium bull market is here.
Personally i am invested in the URNM and some of the stocks such as Yellow Cake or Deep Yellow.
Could you share some details of your fund and how one can subscribe (any min requirements etc)?