End of the Year Newsletter 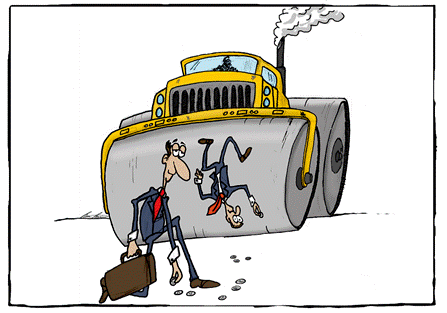 As usual, I would like to begin this letter thanking all our partners for the support and trust and our employees for the excellent year we had. Despite all the challenges in 2018 – perhaps the most complex year of the last 10 – L2 Capital has managed to grow and reach new heights.

This year we started our first international fund, the L2 International Opportunities Fund. The goal, as the name itself already suggests, is to look for opportunities in the marketplace to deliver capital gains in the medium and long term. We always look for assets that are being traded at a value well below their intrinsic value (in the case of longs) or too high (for shorts) to make high conviction allocations. The great opportunity of the moment, according to our models, is in the uranium sector, in which we have focused and conducted a thorough due diligence. We expect strong returns on this investment and we will report every 3 months to our partners.

As always, I will make my only prediction for the new year: all analysts, economists and strategists will miss the predictions for this coming year. Last year, experts predicted Brazilian GDP growth in 2018 of 2.68% and it will be at around 1.4%. The exchange rate, which was to stay at 3.32, ended the period close to 4. We will not get any specific bank or brokerage report, but according to the Focus report, which meets the median of expectations, for 2019 it is projected an inflation rate of 4.03%, dollar to 3.80 and GDP growth of 2.55%. We will follow the development in a year’s time.

Once again, we managed to deliver good results in our international portfolios, our investment focus. The average portfolio rose about 8% this year – far short of what we have been delivering in recent years, but still a far superior result than most players on the market. We suffered a little towards the end of the year because of our exposure to uranium, which we will mention later.

On the Brazilian side, we had an important election in 2018 with the victory of candidate Jair Bolsonaro. Among other proposals, Bolsonaro has brought a leading economist to become the Finance Ministry, and the market is awaiting major reforms, including the pension reform, which is of major importance and urgency. We will be happy if a real pension reform is approved and we believe it is of real value for the country. Without it, the debt-to-GDP ratio will explode, generating serious negative repercussions on the economy.

Of course we are excited about the new government and the proposals being discussed, but we believe that the market is partially pricing this reform and we think it prudent to wait a little longer. There was some renewal in Congress, but not to the point of inspiring full confidence in the adoption of measures that are essential to fiscal rebalancing and the resumption of growth.

Moreover, Brazil is part of a globalized world and risks from other places can – and normally do – reach these shores. Our decision to take the foot off the accelerator at the end of last year and start stepping lightly on the brakes proved to be right, and we were able to deliver good results on the international front.

Most of the investments made this year were concentrated in the uranium sector, and despite a significant 40% increase in the price of the commodity since the lows in 2018, many stocks in which we invested rose but returned the gains at the end of the year, accompanying the general selloff in the markets. Since most of the shares we invest are small caps, several investors sold their positions at the end of the year to take advantage of the tax credit.

This does not worry us at all, on the contrary: we are even more excited by the lack of momentary correlation between the price of the commodity and the stock price of the companies that produce it. This is what we call the opportunity of a decade. Now we have the chance to buy even more stocks from companies with higher earnings potential at bargain prices, and that is precisely what we are doing. It is because of moments like this that maintaining a high cash position can be extremely advantageous for active portfolio management.

We were expecting a strengthening of the US dollar this year (see our year end letter 2017) because of the repatriation of US companies’ cash held abroad, which eventually came to fruition. We do not have directional expectations for the dollar this year, but we continue to recommend to everyone to have some exposure to the US dollar, which enables diverse investments in various markets, as well as provide excellent diversification and protection to Brazilians who have all the resources, savings, residence and income in Brazil – not to mention, of course, legal certainty.

We are focused on investing where we see value and there is no other place today, in our opinion, better than the uranium market. Certainly the burst of the bubble will provide us with many opportunities in other sectors and asset classes, but it will take a lot of discipline and self-control to take advantage of them. In our opinion, caution and patience are essential requirements for investors to succeed.

Gold, a metal we like for safety and the ability to serve as a reserve value, worked just as it should in times of crisis as we saw at the end of 2018. We continue to recommend to everyone to have a small share of their assets in gold, preferably physical.

This year was interesting, with the crash of the greatest bubble of all times, bitcoin (and the cryptocurrencies in general). This will certainly deserve a special chapter in the history books. We wrote incessantly about them in 2017 and we have seen almost all peak in January 2018 – and show losses in December between 80% and 100%. We stayed out of that bubble and we were criticized for it, but we did not see value in a virtual currency that was worth almost US$20 thousand amid several challenges ahead (for those who want to see our analysis, it is worth revisiting our post in January 23 of 2018, that ended up marking the height of the bubble). We believe that it is best to stay out of the fashionable investments when we think it is unfounded, than to enter in the last few minutes and bear all the losses.

Bitcoin, the super-tulip of the digital era, was (and still is) such a bubble, that today, after having fallen more than 80% since the heights, nobody else wants to buy – for those who like behavioral finance, this is a very interesting case. There was a line of people wanting to buy the virtual currency at US$20,000, but no one wants it now, even though it is under US$4,000.

We have not yet seen the bursting of some bubbles, such as passive funds and corporate debt and leveraged loans, but the risks are mounting. In fact, one of the risks we saw in 2017 was the very low volatility and the consequent rises in stock indexes. The trade widely used up until then consisted in selling short the volatility and buying a market index, normally the S&P500. We have seen what can happen when volatility returns. The most emblematic example was the Credit Suisse fund, called XIV, which bet against volatility and was delivering good results every year despite the high risk embedded. This year, in just two trading sessions, the fund lost almost all of its equity and was closed.

Investors have done what is known as picking up pennies in front of a steamroller – if everything works well, investors come out with a few pennies in their pockets, which will not change their life very much; but if something goes wrong, the steamroller runs over them. In fact, many investors were (and still are) unaware of the risks in the market today and we still see a lot of people looking for pennies out there. Long periods of low volatility led investors to underestimate the risk due to modeling and statistical approach. The consequences will be felt, eventually.

Most of the risks we saw last year are still out there, starting with the West: Greece, a broken country which no one speaks of anymore, but whose problems are worse than before; Spain, with its internal separatist movements and banking problems; Italy on the same page, that is, with separatist (in relation to the euro) and banking problems; England and the Brexit; Germany having to deal with Deutsche Bank which, according to the IMF, represents the biggest systemic risk to the financial markets, with a derivatives book 8x greater than the GDP of Germany; as well as renewed tensions between the United States and Russia / Ukraine.

On the eastern side, we have the traditional problems in the Middle East, with wars in Syria and Yemen, tensions in Iran and Saudi Arabia and problems in Turkey. In addition, with the fall in the price of oil, the Russian situation will hardly improve, as with the other countries that depend on oil to balance the heavy public budgets. Obviously, this also applies to the shale gas industry in the USA.

There is still an absurd bubble in the banking and real estate sectors in China, which no one seems to care about, apart from the traditional, rising and very high Japanese indebtedness that reached 253% of GDP.

Huge real estate bubbles in Australia and Canada, which are starting to show signs of fatigue – properties in major Australian capitals have already started to fall and this will certainly affect the economy (for anyone looking to see our analysis on this, please visit the post of 28th February 2018).

In the US, we see room for the disappointment of the fourth quarter GDP numbers and what seems to be the beginning of a bear market in the major stock indexes. Apple, the first company in history to reach a US$1 trillion Market Cap, has already lost more than a third of its value since the top and is priced at about $ 700 billion, similarly to what happened to another market sweetheart, Amazon.

With the increase in US interest rates and the end of QE (quantitative easing) in Europe, some bonds are slowly returning to the levels they should be.

We mentioned the sovereign bonds of Portugal and Argentina last year as anomalies, but they, in time, are returning to their expected levels (P.S .: there is a long way to go still).

Some of our shorts are working well, like those of Tesla and Netflix, both mentioned in the letter from late last year. We bought some bonds with a slightly longer term at the end of the year and they are already delivering good results.

2018 was marked by a reversal of expectations, with what may be the beginning of the end of the “bubble of everything”. 2019 will undoubtedly be a year to remember. Prudence and patience will make a difference.

Once again, we would like to thank all of you and wish you a happy 2019, full of joy, success, health and prosperity.

In this interview, Marcelo López explains in detail the entire thesis of investing in uranium and the benefits of nuclear energy.